My return back to the living part deux 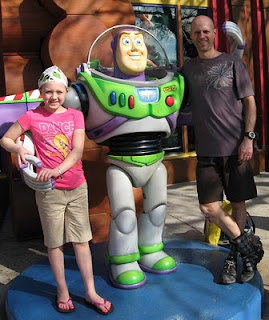 Yeah, I know, it's been a while.... Since the last post, I got sick again (another strep and more antibiotics), I was off work for close to 2 more weeks and then we were away on vacation. I'm very fortunate to have been able to go south and escape the Canadian snow for close to 2 weeks, but aside from that it has been quite a rough winter. It would seem that as much as I try to embrace our winters, my body is just not optimized for the task.

I have come to admit that a major part of this physical downfall is simply burnout from Type 1 gaming. Since Adele’s diagnosis in October 2002, I had been fueled by anger and panic, but it seems like this energy source has run out. The passion is still burning, but the flame has become quite dim. I’ve constantly felt a sense of urgency to do all that I can to accelerate the cure that everyone has been talking about for so long and make this whole thing just go away. But these past months, some days I’ve just had enough energy to simply go through the motions. Giving up is not an option and there are no vacations from Type 1 gaming so I must keep pedaling.

As I am beginning to feel better again, I keep asking myself “So, what now?” If I don't change anything, will I find myself again in the same spot in the near future? I'm not sure how to live with less intensity.

Our family vacation to Florida was very, very enjoyable even if it wasn’t a vacation from Type 1 gaming. A backpack full of supplies followed us for the entire 12 days. You have to be ready for anything and everything. Insulin, syringes, infusion sets, test strips, lancets, Dex 4 glucose tablets, spare pump… were part of our mobile pharmacy. Adele’s continuous glucose monitor (CGM) proved very useful to help keep her numbers in check, but we still had lots of ups and downs including a 1.8 (32) blood glucose when we landed in Toronto. Crap! The attendant asked us to leave the plane, but we had to treat this low. Yup, I was resisting playing this game at that point. What is it with flying and lows? We don’t fly enough to be able to figure out a pattern, but it seems that as the altitude drops during the landing so does Adele’s blood sugar.

Attending our local JDRF Research Symposium last week definitely also helped to re-ignite my passion. Even if my hopes of seeing a cure in our lifetime are diminishing the more that I learn about this complex disease, the possibilities that can potentially help Adele live a full life are continuously growing. I have now accepted that the odds are very high that her life expectancy will be shortened by Diabetes. I am however encouraged by the fact that JDRF research is constantly making improvements on treatments until a cure is found. As much as I don’t always feel that pharmaceutical companies have our best interest at heart, I do feel quite the opposite about JDRF researchers.

I came out of the JDRF Research Symposium with a much-needed renewed sense of enthusiasm and confidence. The guest speakers were amazing, especially Chloe Steep (www.connectedinmotion.ca) and Dr. Sanjoy Dutta who talked about the artificial pancreas program. Dr. Sanjoy explained the different generations of the artificial pancreas treatment system starting with a CGM that sends a signal to an insulin pump to turn it off when blood glucose goes low (basically a hypoglycemia minimizer system) to a fully automated closed loop system where an algorithm automatically determines insulin dosages to be delivered by an insulin pump without any human intervention. Even if such a system is relatively close (or much closer than a cure in my opinion), there are still many technological improvements necessary before it becomes an available option such as the need for faster acting insulins and more precise CGM sensors. And then there are the hormones that normally work with insulin to control blood glucose (such as amylin and glucagon) that are mostly ignored in the current conventional Type 1 treatment plan. Even with these improvements, Dr. Sanjoy said that it would still not be possible to create an artificial pancreas that worked as good as a healthy, non-diabetic one. It wouldn’t be a cure, but a better treatment. I say we’ll still take it !!
Posted by Mike LeBlanc at 3:57 PM 9 comments: