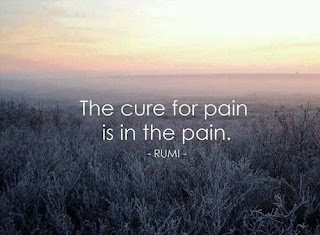 I have spent most of my life hovering above my emotions, relentlessly trying to just not go there whenever anything distressing came up.  When “how I think things should be” and “how things actually are” align, this approach to living is somewhat manageable.  It’s a survival mechanism that I learned from society telling me to “think positively” and to always “look at the bright side” which I interpreted as “if it’s unpleasant or uncomfortable, it’s bad and should be avoided”.  So I learned to stuff my shit back in and ignore it.  For so long, I believed that depression was something that a person could think their way out of, something that could be prevented as long as you had the strength and self-discipline to just never go there.  But ignoring it doesn’t make it go away or fix it.  The underlying anxiety festers and we eventually become exhausted constantly trying to keep it contained, depression being our breaking point.

Jim Carrey explained being depressed as needing a deep rest from playing the “roles” that a person is playing.  For me, especially since the concussion, depression tends to show up when my brain gets tired; tired from life stress as well as from the “roles” that I have been playing - sexual abuse survivor, Type 1 Diabetes parent and a person living with post-concussion syndrome.  For me personally, depression has a physical feel to it.  It’s not just hopelessness and dark unbearable thoughts; it’s more like my brain becomes incapable of processing my physical surroundings including all sights and sounds properly.  It feels like complete disconnection, an out-of-body experience, a dream-like state where I don’t feel like I’m part of the living dimension of this physical world anymore.  For me, depression feels like I’m half-dead, literally unable to touch life anymore.  Many people simplify depression way too much.  When it hits, I can’t just snap out of it.  I can’t just exercise my way out of it.  Listening to music, moving my body, getting out in nature may all help but they are not a cure all for me.  All I can do is hold on tight and wait out the storm.

In all of my schooling, I was taught how to “do” but never how to “be”.  I was taught how to do the external labor but not the internal work.  I had always been looking for magical solutions or hacks to fix my problems without reflecting on their cause.  For me, I could easily put the blame on the physical trauma of hitting my head which certainly plays a very large role in affecting how my injured brain works right now causing my physical symptoms.  Depression is a very common aftereffect of concussions.  But I am also certain that in my case it also stems from a whole lot of unresolved emotional trauma as well.

Since the concussion, my brain is very sensitive to any type of shaking or jarring.  I remember the awareness campaign that came out a few years ago warning people about shaken baby syndrome.  It may not be good to shake anyone but babies are much more susceptible given their delicate immature brains.  My brain feels like a baby brain now.  In late August, after the stress of going back to work after my summer vacation a few weeks before our Cyclebetes ride to cure Type 1 Diabetes I fell while mountain biking.  I don’t even feel like it deserves to be called a crash.  I basically tripped when I caught my foot on a stump on the side of the trail.  I was not going fast and I wasn’t even close to hitting my head as I landed on my knee and hip.  Before the concussion I would have laughed as I landed rather softly in the brush on the side of the trail.  But even that very small jarring caused havoc on my delicate “baby” brain.  I picked myself up and rode back home even if my ride had only just started.  As the light headedness and dizzy feelings resurfaced so did a bit of nausea as I lay flat on my back in my living room a few hours after I fell trying to remain calm.  The next day I felt like shit with symptoms almost back at a level comparable to the worse I had felt in the fall of 2016.  And with these physical brain symptoms came a tsunami scale wave of depression.  I wasn’t suicidal but I wouldn’t have minded dying right then and there.  I was instantly taken back to that very dark period two years ago when I was living in a constant daze barely making it through each day.  I was completely overwhelmed thinking that I couldn’t go through that again.  There was nothing to do except rest, wait and hope that it gets better.  And in a few days it did get better, but that underlying fear and those feelings are and will always be there to a certain extent.

I am terrified of hitting my head again.  It’s on my mind constantly.  I am always hyper vigilant when I’m around other people trying to predict what they’re going to do or where they’re going to go next so that we don’t accidently bump into each other.  It’s what I was thinking about sitting in a restaurant a few weeks ago as the waiter walked by with a tray full of food and beverages.  It’s what I was thinking about at a concert last weekend as the half-drunk people behind us were trying to get out of their seats to go get another drink.  It’s on my mind walking the dog outside on the icy roads.  And it’s in my thoughts whenever I am in a moving car as well as every single time I get on my bike.  A little fear is good to keep us safe, but what I am feeling is way beyond that.  It’s not even rational at this point but I need to acknowledge that it’s there.  On the good days I can befriend it and comfort the feelings.  Other days all I can do is hold on to the guard rail of the rocking ship that is my thought process in that moment and concentrate on not getting thrown overboard. 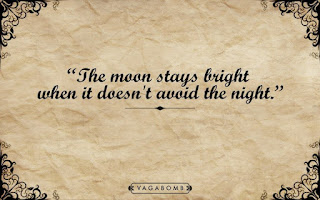 Growing up, so much importance was put on the business side of life.  That information was useful in keeping me alive, but it didn’t teach me how to build a happy life.  Maybe “build” isn’t the right word here given that life, the human animal experience of our existence, isn’t something that we can build or make happen using will.  Life unfolds effortlessly on its own.  All we need is to be present for it and to let it flow which has nothing to do with business knowledge.  It has to do with emotional intelligence.  I was never really taught this growing up.  I was taught how to work hard to provide a house for me and my family to live in but I was never really taught how to make that house a home.  Like life, a home is not a thing and it can’t be created by doing.  Like happiness, home is a feeling.

Google tells me that men die from suicide 3 times more often than women.  Could this be because men usually tend to live their lives like they would run a business?  Like me, they tend to be taught to become problem solvers, logical thinkers instead of feelers.  Business intelligence and approaching life exclusively from a logical thinking perspective will never make you happy.  Only emotional intelligence can do this since it comes from where happiness lives, the heart and the soul.  Google also tells me that nearly 4,000 people die each year in Canada from suicide.  That’s sadly about 10 people every single day.  I don’t believe suicide to be a decision that a person makes.  Depression has already killed them, finishing the job with the death of the physical body is just a formality.  It’s just making the outside the same as the inside.  We often ask how someone could actually go ahead with the act of ending their own life, but they’re already dead so there’s no fear anymore.  There’s nothing more to lose.

To be alive is to feel.  Only when we open up to this truth and begin to embrace it will we be in a position to try to fix the widespread mental health crisis that we are currently facing.  Mental illness has nothing to do with weakness or lack of strength.  True strength is about vulnerability.  It’s about honest self-reflection.  It’s about leaning into all emotions truthfully.  It’s about allowing ourselves to feel it all.  And it’s also about realizing that there is actually a certain peace that comes from embracing what we judge to be negative in our life.

Peace
Mike
Posted by Mike LeBlanc at 2:39 PM No comments: 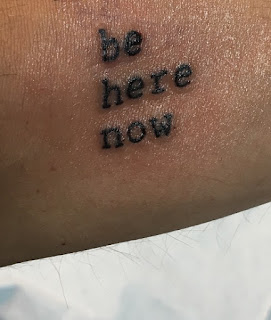 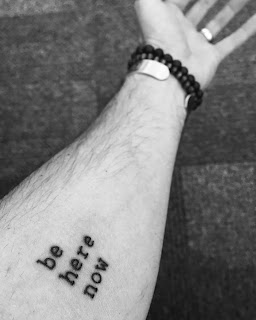 Be here now is about mindfulness.  It’s a pointer to awareness, to the true self, to the breath.  It’s an invitation to re-engage with the present moment, to re-connect to the truth, to let go of expectations and to release myself from the grip of the ego.  It’s a reminder of the hard lessons that I have learned these past years and that now that I know better that I should do better.  It’s about patience, presence and getting back to the elemental.  It’s about honestly acknowledging how I’m feeling instead of trying to hover above my feelings trying to avoid the truth.  It’s about sitting with my emotions, embracing them with compassion.  It’s about giving myself a hug every once in a while.  It’s about living authentically.

After years of working on myself in psychotherapy and five weeks of vacation last summer, when I felt the best that I had in a very long time, I made the mistake of thinking that I was finally done.  I made the mistake of believing that I was fully recovered.  After a relapse of concussion symptoms and the ensuing depression this fall, I now realize that complete healing is really but a fantasy.  We can only become less fucked.  Be here now is a reminder that I will always carry my concussion, my sexual abuse and the wear and tear of caring for a child with a chronic disease with me and that I need to honor my scars with more self-compassion.  It’s a reminder to lean into the unpleasant and difficult feelings on the bad days and to fully embrace the good days knowing that they are both always fleeting.

As an endurance athlete I have spent years suffocating the inner voice inside of me that fosters health, safety and reason in order to be able to fearlessly race my bike as fast as possible.  I have practiced silencing this voice for so long that it has become an automated response that now needs to be reprogrammed.  Be here now is a reminder every single time that I get on a bike to listen to that inner voice in order to keep me safe.  It’s about re-connecting with my instincts and intuition, slowing down and working with my body and its limits to keep me healthy and happy.

Be here now is my commitment to living in the moment as much as possible.  And having these words permanently etched on my forearm at the very least makes me accountable.  Now I’m just hoping that I can unapologetically walk this walk.