Listening to the voices 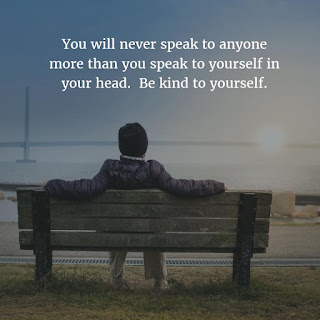 There is this non-stop narrator in my head constantly commenting and analyzing the information captured by my senses.  He’s like a commentator for this game that is my life.  The only time that he really shuts up is when I’m in a state of deep sleep, but if I happen to wake up in the middle of the night, he seems to instantly want to make up for the chatter break with what seems like so much more babble that instantly kills the peace and quiet.  He’s quite persistent and can be a real asshole at times.  Other times I don’t really notice him as much.  He tends to freak out when I sit in silence at the beginning of yoga or if I try to meditate.  He calms down and tends to make more sense when I’m on a solo bike ride.  He can be very hypercritical but then he can also occasionally come up with the most insightful advice and ideas.  This narrator is actually the one coming up with these words right now.  I am just typing them.

This narrator acts like he is an expert in regards to everything including my concussion recovery.  He constantly makes timelines of how and at what pace I should be recovering.  Riding on the riverfront trail on Thanksgiving weekend, I was not feeling 100%.  My focus was off.  I felt spacy, ungrounded, clumsy and dizzy.  These physical post-concussion syndrome (PCS) symptoms have been coming and going lately.  On that day, while I was rushing to take full advantage of the nice weekend, they were ever present.  I decided to still go for a ride, but the narrator in my head was babbling on about how unfair it was that I wasn’t feeling better by now.  I felt this dark cloud following me.  I felt depressed.  Towards the end of the ride, I came across a man in an electric wheelchair.  It was the universe’s way of reminding me that I had so much to be thankful for even if I was suffering with the minor inconvenience of feeling off at that moment.  I understood and knew this to be true in my heart, but the narrator in my head was still telling me that this whole thing was so very unfair and that I deserved to feel better.  Why is he such an asshole at times?

With this beautiful fall weather, one of the highlights of my week is a long solo coffee shop ride usually on Sundays.   For some reason, I can’t set a ride time beforehand.  I need to sleep in until I feel fully rested, eat breakfast, get ready and simply go when I’m ready.  That usually ends up being around 11 am, but I can’t really commit to being on my bike for 11 the night before because for some reason I will feel stressed and won’t be able to sleep.  In order to feel my best, I also need to not have to drive to a ride.  Driving used to be somewhat OK, but now it often brings on PCS symptoms when I venture out on open roads outside of the city.  Riding with others or any type of social interaction before or during my ride could also throw things off.  I could probably have ridden one of the shorter Elgin mountain bike distances, but the drive to Elgin and all of the social interaction before, during and after the race would likely have thrown me off and caused symptoms, so I didn’t participate.  It sounds stupid, but that’s how it is.

I also still have lots of problems with darkness.  I notice it when I go down to the basement in the evening.  My brain can’t seem to process the quick change from light to dark.  Night riding with lights can maybe be OK if I’m by myself and around the city with lots of street lighting, but could potentially be overwhelming with a group which is why I haven’t participated in any of the club cyclocross night rides this year.  Sorry guys.  I wish I could.  Driving at night is also a bitch.  It’s not so bad in the city for shorter distances, but coming back from my parents’ house, that live out in the country, on Thanksgivings, I wasn’t feeling so good even if it’s only a 30 minute drive.  And when I push through it, I quickly become quite exhausted and pay for it the next few days. 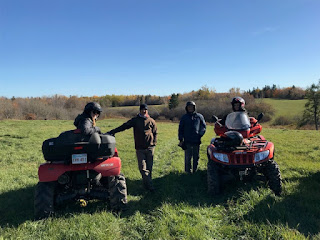 A few weeks ago was our 2nd annual ATV outing with Adele, my dad, nephew and brother-in-law.   It was a 30+ minute drive to get there and we were meeting at 11; two things that I don’t really deal with that well right now.  As soon as we started out on the ATVs, I could feel the physical symptoms creep up and the narrator in my head started going ballistic.  The symptoms are somewhat subtle, kindof like a spaced-out, disconnected, head-spinning buzz, but it’s the feeling of losing control that makes the experience so very devastating and traumatic.  I don’t think that the feeling can be precisely described with words and unless you have felt it you have no idea.  It’s like trying to explain to a young person how it feels to be old.  It cannot be explained, it must be experienced in order to be understood.  Another analogy that comes to mind is that I don’t feel my heart beating, my lungs breathing and my digestive system digesting most of the time.  They just happen effortlessly on their own while I’m busy doing other stuff.  Our brain is the same.  It does so much automatically and effortlessly that we don’t realize until it doesn’t anymore.  The symptoms eventually subsided after a while and we ended up with a 48 km ATV exploration ride.  I paid for it dearly the next day though.  I felt like I had been run over by a pickup truck when I woke up the next morning.  The narrator in my head had some really nice things to say about that…

I have been doing Yoga Nidra once a month for over a year now.  Yoga Nidra is basically a guided meditation which brings you to a state of consciousness between wakefulness and sleep.  At first, I used to always nod off into sleep, but a few times I really felt like I was surfing the waves between the two states.  And during this time, the narrator in my head was still talking to me, but he was making so much sense.  My creativity was soaring and the useful, peaceful thoughts just flowed effortlessly.  The thing is that the narrator that I speak of isn’t real.  He’s just an illusion of my mind, the messenger, and the information that he communicates comes from either my ego or my heart.  For brief periods during Yoga Nidra I feel that I am indeed connected to my heart, not the physical organ but my true self, my intuition.  And when we experience such connection everything just makes so much sense.

With me, I know that the lesson that the universe wants me to learn is about control.  We are sold the idea that we can control our destiny through positive thinking, hard work, never giving up, mind over matter, but at the end of the day there is no such thing as being in control.  Life isn’t “in control”.  It’s all an illusion, a lie that we’ve been told.  To be human and to live life fully is to realize that we are not in control.  It’s more a matter of listening to our instincts and trusting the process of life.  Our actions create our reality and are the only thing that we can control. 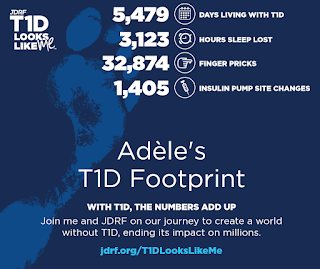 15 years ago today, Adele’s life was saved when she received her very first insulin injection.  I still remember it vividly like it was yesterday.  She didn’t do anything to cause her Type 1 Diabetes.  It wasn’t because she ate too much sugar.  It wasn’t because she didn’t exercise enough.  And it certainly wasn’t something that we wanted.  It was completely out of our control.

Type 1 gaming is the ultimate lesson in relinquishing control.  Even after 15 years of playing this Type 1 game, Adele’s blood sugars are still not controlled all of the time like those of a non-diabetic.  Her blood sugar is still out of range regularly because that’s how the Type 1 game works.  Even after 15 years of playing this Type 1 game, we still really have no idea what we’re doing.  I mean we know the basic rules that insulin lowers blood sugar and that Adele needs a steady dose of it continuously to maintain life, but other than that, all that we can control are to keep up with all of the physical tasks required to keep her alive.

Surrendering control, it is so very simple, but at the same time the most scary and difficult thing to do.  But wait, maybe that’s just the narrator in my head talking?
Posted by Mike LeBlanc at 11:45 AM 3 comments: