The year of the reboot 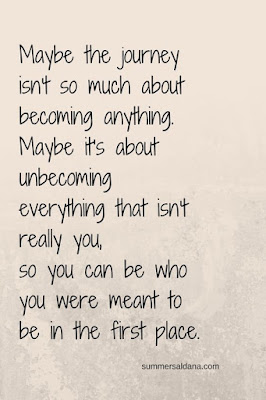 I have been wanting to write a year-end blog post for a few months now, but the words just weren’t there.  In so many ways, I could say that 2015 sucked, that it was one of the toughest and that it was the year of the “breakdown”.  But after re-thinking this, I decided to call it the year of the “reboot”.


The human brain categorizes everything as either good or bad.  It has a difficult time categorizing in between.  It’s part of the human condition.  We’re just hard-wired that way I guess.  At the beginning of 2015, my mind would certainly have categorized how the year started as being bad.  Getting sick with Pericarditis in April and the very slow recovery was certainly difficult and unpleasant, but I can now see it as a good thing.  2015 was one of the hardest years for me, but also arguably the year where I grew and changed the most.  Strange how these paradoxes need to co-exist.  I say that 2015 changed me, but in reality, it was more a process of discovering my true self rather than transformation.  So I guess it was more of a “finding” of something that was already there.


2015 was a year where I rode my bike less, but the quality of each ride made up for the lack of quantity.  Riding became more of a meditation.  My state of mind made for more mindful pedal strokes, thus making the act much more meaningful.   There is nothing like losing something to make you appreciate it that much more when it is given back.


Last year’s events also made me realize that killing myself in managing Adele’s Diabetes wasn’t accomplishing anything, except for making me sick.  Nighttime is the scariest time for Type 1 parents.  Laying your head on the pillow becomes a prison sentence of worry and suffering when the body should be replenishing itself through rest.  Looking back, for me it was just a matter of time before health problems and sickness moved in.  The body cannot function long-term without adequate sleep.  Along with sleep deprivation, I was burning the candle at both ends during the day pushing myself in other aspects of my life acting as if I was invincible.  This is never sustainable.


Even after over 13 years of Type 1 gaming, I still cannot say that I have fully accepted it.  Maybe I had never stopped long enough to mourn the loss?  Maybe I was always too busy trying to fix something that I cannot really fix?  Maybe I couldn’t stop because I was constantly overwhelmed in the constant numbers madness and lost in the striving for perfection?  Maybe letting go is THE ONLY WAY?


Type 1 gaming is messy.  But I now believe that’s how it has to be in order for us to learn what it’s trying to teach us.  I have always had an obsession with controlling things in my life.  Even with a very, very strict diet, I still don’t think that a Type 1 gamer can control the disease 100%.  Maybe that is what Type 1 gaming needed to teach me?  Maybe I can’t be at peace with it all before I admit that at the end of the day that I am not the one in the Type 1 driver’s seat?  I now know that I could not surrender to this truth before hitting rock bottom.


Type 1 Diabetes is a constant reminder of our vulnerability and non-permanence.  In so many ways, Type 1 Diabetes and other chronic diseases are the ultimate metaphor for what life is really about.  With Type 1, this fragility is always right there, in our face 24/7.  It has been the ultimate teacher.  I just hadn’t been a very good student.


The reboot has been a slow one.  In so many ways I feel like I am starting over.  From physical fitness to learning to relax and sleep again in the midst of the storm, it all seems to be so new.  I am not the same person now that I was a year ago, but it’s not just being the only guy in a room full of women during one of my yoga classes.  My life is no longer so much about the speed and efficiency of racing through it.  It’s now more about what’s right here right now.  My anxious mind can’t lead the way anymore.  And that is the gift that came out of all of this.

Posted by Mike LeBlanc at 3:08 PM No comments: