If you don't puke a bit and re-swallow, you're not going hard enough... 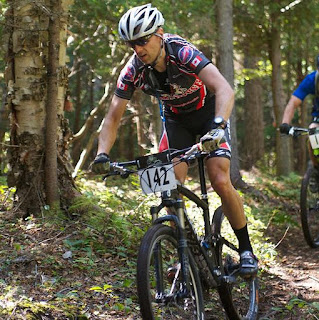 One of my earliest memories of the bike was being totally blown away at how the two wheeled machine stayed upright. At rest, the bike falls over unless something is holding it up. But when moving, it somehow magically stays upright. As a very young kid, I remember this being one of the coolest and amazing things that I had ever seen. Then I learned how to ride and fell madly in love…

I’m not sure if it’s the thrill of the speed along with the g-forces felt during the ride that I enjoy the most. The whole concept of a roller coaster is built on this thrill… But unlike an amusement park ride, a bike ride is free (once you own a bike) and there is no waiting in line. The bicycle, such an efficient machine that enables you to travel long distances with minimal effort compared to all other human-powered means of travel. Looking back, all I remember is that growing up I just couldn’t get enough of it…

After Adele’s Type 1 diagnosis in 2002, the bike became one of my saviors. I was pissed and I channeled a lot of this anger right into the pedals. The more that I realized how complex this whole Type 1 gaming was and how it affected every single aspect of our life, the more I became obsessed with doing what it took to not let it slow me down and the more I needed to ride. The complex trials and tribulations of Type 1 gaming pushed me go harder. I wanted to run (or in my case ride) away from it all. The physical pain of pushing oneself on a bicycle was very good at masking, dulling or burying the deep pain inflicted upon me by Adele’s Type 1 life sentence. In a way I felt guilty for having a much simpler life by not having Diabetes myself as well as having passed on my defective genes which caused Adele’s immune system to go haywire and destroy her ability to produce insulin. The bike became my own personal medieval torture device with which I punish myself regularly. 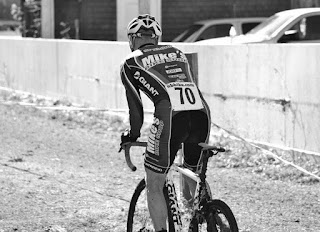 But after nearly 10 years, the anger and guilt towards the Diabetes diagnosis is beginning to lift and as a result I started questioning myself about the whole bike thing. Why bother? What the hell am I trying to prove? Why do I keep getting back on, chasing I’m not really sure what? Why do I bother lining up at the start line after signing up (and paying) for a sure beating in the local “who the hell really cares” bike race that I most often have absolutely no chance of winning? Why do I keep pushing myself to a point of near annihilation mostly chasing kids less than half my age? I’m an ordinary, average, mid-pack amateur master bike racer spending way more money than I will ever earn from the sport. But, in Adele’s eyes I’m the absolute very best damn cyclist in the universe.

Suddenly, it makes so much sense. It’s not about results or finishing first. It’s about being a role model for Adele by continuously and consciously seeking self-imposed physical suffering and discomfort in order to cultivate growth and forward movement. The bike has taught me so much about discipline, sacrifice, friendship, teamwork, perseverance, dedication, self-confidence and suffering, all character traits necessary to be a successful Type 1 gamer. And to think that this realization came to me when life really makes the most sense… when I'm riding my bike.
Posted by Mike LeBlanc at 7:00 AM 6 comments:

See ya on the ski slopes... 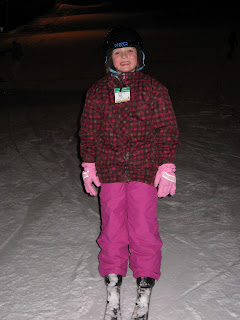 Unlike what most considers to be “normal”, our bodies were not designed to sit at a desk all day. Our bodies where designed to move and to perform physical work. Regular physical activity eventually causes an adaptation which makes us physically stronger, fitter and generally healthier.

Exercise also makes our body more sensitive to insulin. Essentially, it helps the insulin do its job (move glucose from the bloodstream into the cells to provide energy) much more efficiently.

With Type 2 Diabetes, insulin resistance is a big part of the problem, therefore becoming more active is also a big part of the solution. With Type 1 Diabetes, physical exercise is also important. By increasing insulin sensitivity, the Type 1 gamer requires less synthetic injected insulin to control blood glucose levels. Less medication is always better and by decreasing insulin dosages, you also increase the likelihood of getting doses right. Less medicine = smaller mistakes, whereas more medicine = bigger mistakes. A Type 1 gamer can however never eliminate all injected insulin, since unlike Type 2 Diabetics, their bodies have lost the ability to produce their own insulin. Increasing insulin sensitivity is good in that it makes it much easier to avoid high blood sugars. When the Type 1 gamers physical activity level goes up, the injected insulin begins to work much more efficiently in avoiding high blood glucose values which are the cause of long term health problems associated with the disease.

As good as this all seems, there is also one “drawback” to physical exercise for a Type 1 gamer and that is putting them at risk for hypoglycemia (low blood glucose). One of the differences between Type 1 and Type 2 Diabetes is that in “adult-onset” (Type 2) Diabetes, the patient is mostly not susceptible to hypoglycemia (low blood glucose) since the mechanisms in their bodies working to prevent this are still working. Hypoglycemia is a constant and immediate threat for all Type 1 gamers with possible outcomes being unconsciousness or even death if untreated. Hypoglycemia can creep up almost unexpectedly with little signs or symptoms until it’s too late. Playing in the snow and jumping on her trampoline are the activities that drop Adele’s blood glucose the most.

This coming weekend, Adele and I will be spending a day on the ski slopes downhill skiing. Even if the physical effort required is less than cross-country skiing, it still requires a significant level of physical effort that will surely send Adele into hypoglycemia if I don’t back off on her insulin. That is the part of the equation that is 100% certain. Determining exactly how much insulin I need to back off is the tricky part…

Adele’s test kit in my jacket (close to the body to avoid freezing) and some simple, fast-acting sugar are a must during all of our ski runs as well as hourly blood glucose checks to see if the reduced dose of insulin is enough or too much. Then, a few extra blood glucose checks during the night to make sure the delayed insulin sensitivity doesn't make Adele go low up to 24 hours after all the extra exercise.  All that work, worry and vigilance to do what most non Type 1 gamers do without even thinking twice… Is it worth it? Imagining Adele’s big smile coming down the hill as I write this… you bet it’s worth it.
Posted by Mike LeBlanc at 8:43 PM 5 comments: