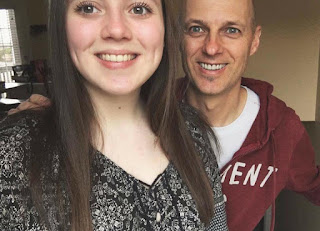 As a young boy, I remember lying in my bed overcome by fear that our house would catch fire while I slept.  I was fine during the firefighter’s presentation at school and throughout the rest of the day, but so very terrified lying there alone in dark silence trying to fall asleep that night.   I also remember witnessing an all-terrain vehicle accident when I was like 12 years old.  The victim was conscious and seemed “somewhat ok” (he actually was in the end except for lots of scrapes and bruises), but the sight of his bloodied face, obvious disorientation and the fact that my main passion at that point in my life was riding my dirt bike hit close to home and really made me realize what could potentially happen in a split second as a result of practicing my favorite pastime.  Fear, even if it technically only exists in our head, gives us the impression of being a separate entity that has a life of its own.  When I was young, my fears were always worse and very intense when I was left alone in silence with my thoughts at night.  It’s like I could manage to not really “feel” the fear when my mind was busy doing other things during the day, but as I was trying to calm my mind and fall asleep, these fears that were hiding in the deep dark corners of my subconscious mind would come out and literally scare the hell out of me.

A Type 1 diagnosis is very scary.  It is terrifying and the information given in such a short period of time following the diagnosis is very overwhelming.  In many ways the shock feels like being pushed off a raft without a life jacket during a rapid river excursion.  Even if you know that you technically were explained what to do beforehand, the strong current makes it very difficult to keep your head above the water.  The initial shock soon turns to panic then eventually fear as you begin to understand what is actually happening.  But this fear needs to be set aside for the time being because you now have many life-saving tasks that need to be taken care of 24-7. Eventually you gain confidence until you eventually feel more and more like you’re able to keep your head above water.  Your life becomes a constant numbers game and you never really get to re-visit the fear that you have hidden in the background.

Then there is this thing called “long term complications” that surely comes up when Type 1 gaming.  At the hospital shortly after diagnosis they tell you to not worry about these since they take years of sub-par control to develop.  It is probably a good idea that they do it this way since you already feel like you’re on the brink of drowning in all of the other information.  And as a Type 1 patient (or parent), you listen to this advice and shove this information in the very back of your mind alongside of the fear because you can’t really deal with it at this time.  But as you’re doing this, you feel this fear creeping up again as you stir things in your head and realize how life-changing the diagnosis is.  In the beginning, it’s just about survival.  It’s about learning the day-to-day stuff required to stay alive.  It’s about keeping your head above water.  So that fear is buried for now in order to literally stay alive.

The problem with burying fear like this is that even if at first it seems well hidden, it’s still always there,  lurking, growing, seemingly unnoticeable until one day after routine blood and urine tests, your Diabetes care team tells you that one of the results isn’t quite normal.  For us, that day came about 1 month ago now when Adele’s urine test results showed the presence of an abnormally high level of protein.  The Diabetes nurse quickly assured us that there is a possibility of a false positive for this result if the patient was recently ill, had exercised rigorously the day before or in the case of females, menstruation.  But for me, upon hearing the results of the test, the fear of long term diabetes related kidney damage that I had buried deep, deep down in the dark corners of my mind, fear that had grown exponentially while hidden there, suddenly came up to the surface and literally left me paralyzed.  I felt incapacitated, powerless.  This built-up fear energy that had never been properly dealt with had gotten so big and powerful, that it was crushing my entire being rendering me completely useless.  I was a mess.  These feelings were ever-present, but just like when I was a young boy, ever so powerful when I was alone trying to fall asleep at night.  The demons had taken over and were now running the show.

A few weeks later, the subsequent test came back negative meaning that the initial test was indeed a false positive (we still need to confirm with a second test next month).  As much as I was initially relieved, I can’t help but think of how I reacted and of that ever-growing fear that I had buried deep inside of me.  It is yet another aspect or detail of this Type 1 game that is so often overlooked and where gamers too often suffer alone.  My intention is to not try to tuck this fear back into its old hiding spot.  I’m trying to face it, feel it and hopefully release it gradually since the risk of long-term Type 1 complications are and will still be there as long as there is no cure for the disease.  Easier said than done, but that is the intention.  Mourning such a loss certainly doesn’t happen overnight.  And only now am I able to begin to understand this as part of the process.  At the end of the day, Type 1 gaming is really but an experiment.  We hypothesize a desired outcome, but even if we follow all of the rules of the game, we still don’t get to choose how it unfolds in the end.  And that is the lesson that I need to learn...

Posted by Mike LeBlanc at 9:23 AM No comments: