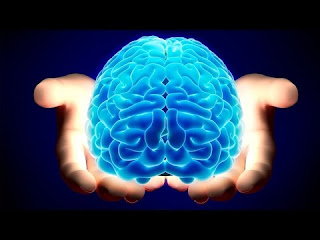 It does have a name.  It is called “Post-Concussion Syndrome”, but to me it feels more like a condition I would call “Personality Fraud”.  On the inside, I have been feeling like I am not really here, while on the outside, I have been faking it in order to try to still be able to function in the world.  A new buzzword that I have been very interested in the last few years is “mindfulness”, but lately, all I can say is that I feel rather like the complete opposite, I feel “mindless”.  “In a fog” and “out of touch” are other ways of describing it.  My symptoms include dizziness, extreme fatigue, inability to concentrate and focus, anxiety and depression.  This injury has been unlike any other injury that I have had to deal with.

At the time of my Pericarditis health crisis in April 2015, my doctor told me that she saw it coming long ago.  It was “diabetes burnout” disguised as viral Pericarditis.  She said that I managed to last much longer than she expected.  I felt like death at the time, but my ego liked the comment.  It was the epitome of what bike racers strive for, to be “hard men”.   A part of me was proud of it.  Now looking back, it surely wasn’t a compliment because the longer I had been ignoring the warning signs and simply putting my head down and continuing to push harder like if managing Adele’s Type 1 was a bike race, the deeper I was digging myself into the dark hole that I eventually found myself in.  Looking at it that way, it surely isn’t commendable, but rather very, very stupid.  Then again, if I had a do-over, I think things would have to unfold the same way again.  It just seems to be the only way that I learn.  And to be honest, I was just dealing with the stress of being Adele’s Type 1 caregiver the only way that I knew how.  I was doing the best that I could at the time.

I am not a doctor, but I have a theory that this physical collapse last year was setting me up for the struggles that I have been facing the last few months.  I believe that chronic stress and burnout cause biochemical changes in the brain not unlike mental illness which rendered me more susceptible to injury.  Not only did it affect my ability to focus but also made the concussion symptoms worse since my brain was already struggling with burn-out and exhaustion.  Again, I am not a doctor, but I just know in my gut that this is true in my case.  Looking back, I could feel it happening last year when recovering from Pericarditis.  I could feel that my brain was different.  Understanding this doesn’t really change anything except that it alleviates the suffering a tiny bit.  I have no regret giving up what I lost while trying to be the best pseudo-pancreas possible for Adele for the past 14 years.  The only regret that I have is that I did feel “off” on the day that I crashed and smashed my helmet in July.   I regret not listening to my intuition and either stopping or backing off.  Again, nothing is gained going there, except trying to learn what I need to from the experience.

I have been going through constant ups and downs since my brain injury close to 4 months ago now.  I have had good days when I feel close to normal but most of the time I feel like my body is going through the motions, but nobody’s home.  What seemed like a minor concussion initially seems to be quite adamant at staying longer than expected.  I thought that I was doing well in August and started riding more, but to be honest, Cyclebetes really set me back.  The stress in organizing the event along with too much riding too soon worsened my symptoms.  A few days after our annual ride in support of JDRF, I finally got in to the SportMed concussion clinic at the Université de Moncton and the doctor told me that I was indeed doing too much too soon which was lengthening my recovery.  I was really a mess, but in total denial.  I committed to healing and promised that I would only think about the bike after becoming healthy again.  This has proven to be easier said than done.  It is very difficult for me to forgo all exercise after being so active for so long.  Physio has helped a lot with regaining my balance and some focus, but the fatigue and inability to push myself whatsoever will still take some time.  On the good days, I feel like I can do more only to feel the symptoms return with a vengeance the next day and linger for days afterwards.  It has certainly been an exercise in patience.  I have started Bowen therapy and am finding that it is helping a lot.

I messed myself up really good.  Sometimes I get angry for letting it get to this point.  Other times I just look at it as the path that the universe has set for me.  Like I didn’t have a say in the way things have unfolded, that it simply had to be this way.  It is my soul’s curriculum.  And my job is to learn the lessons that I need to learn.  True knowledge and wisdom are gained through suffering.

I always feel the utmost sadness when I hear of children diagnosed with Type 1 as babies because I know what the parents will be going through.  Looking back, I still don’t know how we managed.  As a parent, you do what you need to do, but the stress of caring for a Type 1 baby / child is one of the most stressful things that a parent can go through.  The required effort is constant and inhuman. 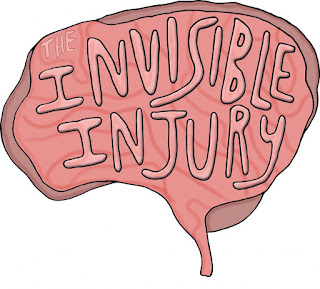 To my friends who see me and ask how things are going, that’s the longish answer that I never bother to explain instead of the simple “I’m doing pretty good, getting better”.  I apologize if I can’t seem to commit to anything lately.  It’s just how things have been, up and down.  I only know as I go.  Working full-time, I am quite tired at the end of the day so I can’t really do much during the evenings except rest.  Looking at the big picture, I can see progress being made.  It just hasn’t been linear like most people assume.  And as much as I look “normal” on the outside, this is what’s been going on inside.

I’m happy that we’re now entering the “dark” season.  I don’t feel like I’m missing out as much.  This is when wild animals prepare to hibernate for the winter.  I’m going to follow their cue and keep on relaxing, recovering and healing also…  The bikes will still be waiting for me next spring.  Now if I can just stay away from social media with all of the cyclocross photos !
Posted by Mike LeBlanc at 3:39 PM No comments: