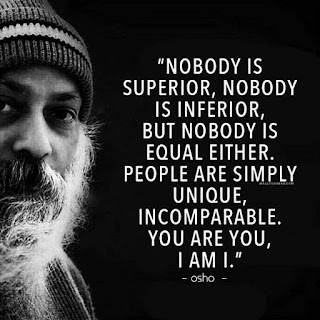 Isn’t life the strangest thing?  We literally pop into this world kicking and screaming without having been asked to be born.  We’re just thrown here, unsolicited.  Those who have been here longer greet us and help us by taking care of our physical needs, especially in the beginning, and then slowly teach us how to survive in this body and place.  We’re brainwashed by society and our school system.  We’re brainwashed to not question.  Eventually, some, a minority maybe begin to question why.  Why are we here?  What am I supposed to do during my sojourn?  What’s the whole point?  Religion was created to try to answer these questions but it slowly became corrupted by the very thing that it was trying to protect us from.  It has been corrupted by the greed and pursuit of power of the human ego.  As soon as a person thinks that he is right and that the other is wrong we are missing the whole point.  I have been asking myself many of these questions lately and to be honest I often feel like I don’t fit into this world anymore.  Maybe it’s easier to not question and simply to conform?  I envy the robots sometimes, those who simply do as they’re told…

Society teaches us about fairness.  The concept is good in protecting those who cannot defend themselves but it creates this erroneous belief in our ego which causes so much suffering.  Life isn’t meant to be fair.  Maybe life is more about kindness and compassion?  Maybe life is more about helping those in need instead of a selfish pursuit of outside expansion trying to impress others?
It came to me a few weeks ago as I struggled playing this relentless Type 1 Game that I will be grieving Adele’s Type 1 Diabetes until I die.  I will never be over it.  I will never be OK with it.  Deep-down I know that life isn’t fair, but when your child suffers simply because of being dealt a bad hand of cards, it can be a hard pill to swallow.  I know that it could always be worse and that there are always more things to be grateful for rather than things wrong when we stop to quiet the mind and look around long enough, but whenever my mind goes into that place of unfairness, of self-pity and I notice others who seem to thrive effortlessly around me I suffer deeply.

Aside from fairness, we are also brainwashed by society to believe another lie, that your current circumstances are the result of your hard work, that people get what they deserve, that if you put in enough effort that you can achieve anything that you set your mind to.  That’s bullshit.  Yes I did need to put some effort into graduating from school and university, but if I’m honest, the life that I have now would simply not exist if I had not been blessed with a brain capable of learning and remembering what our educational system deemed important as well as having been born into a well-off Canadian family who could afford my education.  These 2 things and many others have absolutely nothing to do with hard work.  I was simply lucky.  Think about that the next time you judge the homeless person sleeping on the street asking you if you can spare some change.  Unlike me, most of them had no chance from the beginning.

After close to 16 years of playing this Type 1 game I’m beginning to understand how this chronic disease is really a series of traumas starting with the doctor’s words “for the rest of your life or until a cure is found”.  I’m starting to think that the 2nd part is really just added to soften the blow.  The needles are the first heartbreak, especially when it affects young children.  Then you realize that the fear of the physical pain of each injection is most often worse than the momentary pinch of the needle piercing the skin. 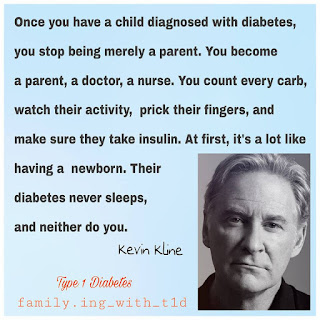 The next jab is that you begin to realize that when the doctors told you that “it is chronic, but it can be controlled” that they forgot to mention how difficult controlling it would actually be.  Type 1 Diabetes is one of the only diseases where the patient decides the medicine dosage many times every single day where 2 drops will kill you in a few hours, a half-drop will kill you in years and 1 drop just about right to keep your blood glucose within a safe range.  The list of things that affect blood glucose is so exhaustive that the task can quickly become overwhelming, impossible really given the unlimited number of outside factors that always come into play.  This is why Diabetes Burnout is so prevalent.  It’s a humanly impossible task to ask of someone and it will eventually take its toll in some form often breaking our spirit and physical being.  It’s a 24-7 deal with no vacations whatsoever and such vigilance will all too often eventually leave your health in ruins.

You can just hope that your head is still above water if or when the next bomb drops and the long term complications rear their ugly face.  Type 1 gaming is so relentless, a chronic condition with no closure.  It’s basically a never-ending marathon.  There is no remission and no outgrowing it, just constant worry hoping that you will grow old with the best possible outcome which is minimal long-term complications.  That’s our reality behind closed doors even if from the outside many Type 1 gamers make this invisible disease look easy. 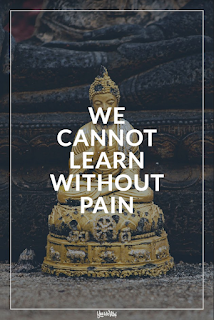 We all carry our emotional trauma in layers.  After having peeled off a rather large layer with all of the work that I have done as a sexual abuse survivor, and trying to now be who I needed when I was younger, it is now time to continue to work on the Type 1 Diabetes layer which I realize that I have never really mourned.  I just didn’t have time in the beginning; it was simply a matter of survival.  Working through our shit isn’t about eliminating our suffering.  It is mostly writing the narrative of our life events which brings us more clarity.  It is about understanding how you have been molded into you.  And for some reason this understanding helps make our suffering more bearable. 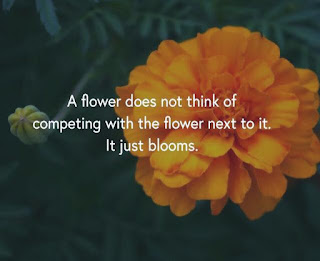 Even if I don’t show it on the outside, my injured brain is also always there to remind me that it still needs special attention.  Every once in a while throughout the day, it gives me a nudge with a subtle physical symptom that I now know comes up to the surface to guide me.  I can get bummed out when I focus on how things just aren’t the same as they once were, but that’s just part of what the symptoms are trying to teach me.  Riding my bike is still part of my therapy.  But it still always has to be at my own pace on my terms.  As soon as I try to rush, a symptom will show up telling me to settle down.  I don’t really miss racing anymore.  It’s like I’m not angry enough nowadays.  I’m actually very uninterested in anything competitive right now.  I’m not saying that working towards “winning” or being better than others is not something worth doing.  It’s just that I know for sure that it’s not what I’m supposed to be doing right now.  And that my concussion symptoms will certainly persist as long as I am at risk of even considering trying to race again “just for fun”.

There are two maps that we all unconsciously live by.  The first one is based on what we were taught, on what’s in our mind, the result of our brainwashing.  The second is the universal one that we’re born with, and it lives in our hearts.   When in doubt, the second one is always right.  I have been mindfully trying to follow the second map, letting it guide me, trying so hard to stay out of my head and resist the pull of the first map.  Which map have you been following?
Posted by Mike LeBlanc at 2:18 PM 1 comment: