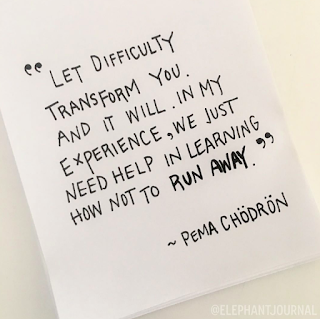 Today is my two year concussion anniversary.  As I brushed myself off after that crash, I knew that I had gone down pretty hard, but still really thought that I was OK since my legs and arms still seemed to work and didn’t hurt.  But it turns out that it was my head that broke the fall and now, two years later I’m still talking about it.  Seven hundred and thirty days and there has not been a single one of those days that I did not think about it.  Actually, I still think about it many times every single day.  On the outside it seems like I’m 100% recovered but I know that I still am not and I won’t be until I have learned what it is trying to teach me.  People don’t realize how much it has changed me.  It has honestly made me re-think every single thing.  Allowing myself to be forged into the new me has been quite painful at times.  Wisdom is so very expensive.

The truth is that if we live long enough we eventually all break.  It’s just how life works.  That’s how we grow.  I believe that our pain always has a purpose.  My brain injury has made me feel so very vulnerable.  Breaking is an invitation for you to become real, showing us that we are so much more than a physical entity.  The breakdown of our physical bodies teaches us about impermanence, that our experiences in this body and place are but a temporary illusion.

Through this process, I have lost the drive to push myself.  I don’t have the energy but I also don’t see the point anymore.  Society’s belief that faster and more efficient is always better would lead you to believe that this is a bad thing but most days I now feel like it isn’t.  The best that life has to offer is in the fine details, the small and seemingly insignificant stuff that we mostly overlook.  But this is also the stuff that we need to be still enough to notice.  Systematic rushing through life is a good way to accomplish a whole lots of things on your to-do list, but true happiness isn’t in doing alone but rather in being, mindfully paying attention, at a peaceful slow pace.  Happiness can never be rushed.  It is quiet and soft.

Bike racing saved my life, but then it tried to kill me.  Competitive sports are good like that.  They breed discipline, give you structure, purpose, a sense of belonging, connect you to your tribe but they can also be used to numb the pain.  This can be a good thing, but it’s only a temporary solution to get you through the tougher patches.  Like pain killers, you can’t keep taking them forever. They’re only a temporary solution, a crutch, to help make the acute pain phase bearable.  You have to know when to stop.  I didn’t know when to stop so the universe took matters into its own hands and made the decision for me. 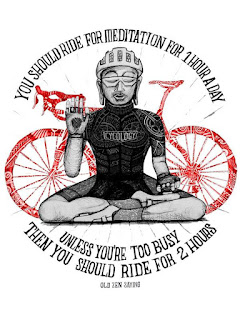 Constantly being busy is the new normal.  It’s the new badge of honor.  Busy often makes us feel important, that we’re getting shit done, that we’re moving forward.  The hierarchical structure of our corporate-driven North American society wants you to be busy.  Busy makes you the perfect member of its work force.  Society also wants you to be a good consumer, to strive for excellence in getting results in order for our economy to grow and thrive.  Because of this, that’s what is taught by our school system.  How to be happy isn’t on the curriculum.  We have to learn that on our own.
I used to think that self-help books were a waste of time, that they just talked about how to live better, how to be more efficient and organized, how to set better goals; basically how to be what society wants you to be – busy getting a whole lot of shit done.  I figured that I already knew how to do most of this and that my problem was that I simply didn’t have the desire or motivation to put it all into practice.  Or maybe deep-down I knew that efficiency and simply doing more wasn’t the answer? 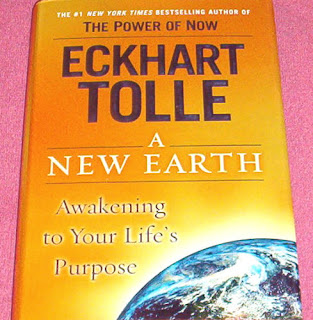 Then, around 2010, I picked up a book that my wife had bought called “A New Earth” by Eckhart Tolle.  The book was on her night table for at least a few months before I picked it up and started to skim through it.  What attracted me to the book was the sentence “Awakening to Your Life’s Purpose” on the cover.   I was suffering from caregiver’s burnout at the time playing the Type 1 game and thought to myself that there had to be more to our life than this.  Unconsciously, I was constantly looking forward, working towards something better, an end, a future salvation, but I had finally come to a point where I realized that this was it; that it wasn’t going to get any better than this.  If anything was going to change, I needed to change.  I needed to find some meaning in playing the Type 1 game.  As I started reading the book, I didn’t understand most of it.  It was like it was written in another language.  And it certainly wasn’t something that I already knew like I had previously believed.  But there were a few passages that simply blew me away.  I didn’t understand why no one had ever told me these things, these universal truths in all of my schooling.  I was blown away simply because these passages just made so much sense.  In so many ways I would say that picking up this book saved my life.  And I also believe that it saved my marriage.  I know that this may sound cliché, but it is how I truly feel.

All self-help books really fall into one of two categories.  The books in the first category are those that promote exterior growth like how to accomplish more in your day or how to better manage your time and energy.  Other books in this category teach you how to be better at business, how to be more successful on the outside.  The second category are made up of the books that talk about inner growth, the truth of who we really are and that there is nothing that we can accomplish on the outside that will help us find happiness that we all long for.  This category teaches us that nothing outside of us can fill our inner void.  “A New Earth” by Eckhart Tolle definitely falls into the second category.  I have no interest whatsoever in books in the first category, but I am and will always be a student drawn to books in the second category.

Another book that I have skimmed through quickly but have never completely read is “The Secret” by Rhonda Byrne.  I’m not really sure which category it falls into?  My wife had picked it up but I must admit that I was curious to see what it was all about.  I initially thought that it was just a bunch of marketing hype, a written scheme that connects with our inner fear of not being enough because we don’t have or haven’t done enough yet.  And in many ways it is just that, especially with the Hollywoodized movie version.  For this reason, I had basically put it in the first category.  But the more that I think about it there is some truth to the “Law of Attraction”.  After reading “A New Earth” I began looking for more books with the same message; and the more that I read, the more that I craved the peacefulness and serenity of a slower life pace which lead me to yoga and meditation.   But I always struggled with it.  I struggled to make the time for stillness.  I struggled because I was so used to living a fast-paced, adrenaline-fueled life, racing through checking off items on my to-do list.  Then in a split second the universe took over as my hand slipped off the handlebars when my front wheel hit a root sending me over the bars and landing on my head two years ago today.  From that point on living a slower pace life, living mindfully wasn’t a choice anymore.  This “Law of Attraction” had given me exactly what I asked for.  Thinking about that blows me away.  I believe that there is really so such thing as a coincidence.

There is also a lot of crappy advice being preached by the self-help industry.  One of these lies is “just be positive”.  So many books have been written on the premise that you can mold your life the way that you like simply by adopting a positive mindset.  If I’m honest with myself, as much as it seems like a good approach to getting what you want in life, I see it as hypocritical bullshit.  Positive thinking really just keeps you in denial.  It prevents you from seeing the whole picture.  Looking at a situation from only one side means that you’re missing information.  Not focusing on the elephant in a room doesn’t make the elephant disappear.  It only makes it scarier.  The whole truth hurts sometimes but I believe that it needs to be told. The “It’s all good” saying is another lie that positive people, the eternal optimists often use.  The good and the bad, even if they are opposites are still interconnected.  One cannot exist without the other.  It’s the contrast between the two that give each its meaning.  Type 1 Diabetes isn’t all good.  It can be a good teacher but it also sucks and has certainly had a major negative effect on my family’s physical health.  My concussion isn’t all good either.  It made me feel so very depressed and disconnected.  These truths need to be acknowledged if I want to move forward.  Honesty is always better than positivity.

For me “gratefulness” seems like a much better approach to peace and happiness.  It doesn’t seem as one-sided for some reason.  I’m grateful that insulin exists to keep Adele alive and that we can afford it.  I’m grateful that my concussion symptoms are slowly getting better and that it has been a catalyst for my continued healing.  I am grateful for all the good that I have in my life even if there are still some seriously difficult moments that surface every once in a while.

It’s never all good but there is some good in everything even if it may be hard to see at first.  We just need to be still long enough to notice…

C'est vrai! "It’s never all good but there is some good in everything even if it may be hard to see at first. We just need to be still long enough to notice…:"