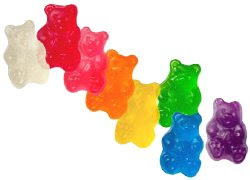 I presently have what I call second-hand Type 1 Diabetes. Symptoms include stress, constant worry and sleep deprivation. Unlike Type 1 though, I will outgrow it to a certain extent.
Last night was a site change night. Every 3 days (sometimes less) we need to change Adele's insulin pump infusion site. The small plastic tube inserted under the skin would become blocked and no longer work if we left it there longer than 3 days. It is the body's response to a foreign object in it to try to push it out or separate itself from it by "growing" skin around the object to protect itself. It could also become infected if we left it there longer than 3 days.
For the first 12ish hours after inserting a new infusion site Adele has a tendancy to go low. This is because the infusion of insulin is very efficient in the new skin area. Through trial and error we have determined that a 20% reduction of insulin during this time SHOULD be enough to avoid lows (while not causing highs).
Last night before snack Adele's sugar was 9.9. We corrected, she ate and we reduced the snack bolus by 20%. Just before bed she had climbed up to 13.3, but then 1 hour later she had gone down to 5.9 and was sound asleep. Her snack bolus insulin had not yet peaked and her sugar had dropped by 7.4 in one hour. If I didn't do anything she was going low for sure.
I can't take back any insulin that she has already received, it's too late, so that meant that there was nothing I could do about the bedtime snack insulin. I could however temporarily shut off her pump so she doesn't get any more for the next hour. She already had too much, no sense in giving her more and make things worse. Sometimes shutting off the pump is enough to stop the low, but in this case I knew it wasn't. She had to eat. Adele has developed a reflex while sleeping that if I put a gummie bear in her mouth while she is sleeping that she'll chew and eat it without waking up. It's a tricky game though since it doesn't always work. I managed to give her 5 gummie bears and her sugar had gone up to 10.6 when I went to bed - a bit high so I corrected. At 1:50 am this morning she was 5.2 - a few more gummie bears and pump off for 1 hour. The result was a blood glucose of 7.6 this morning. Very good number to kick off the day for more Type 1 gaming !
And thanks to gummie bears for saving Adele's life !
Posted by Mike LeBlanc at 1:11 PM

I will never look at gummie bears in the same way again.

I love your blog and I think you and your wife are super heroes.